Africas Super Seven are the most sought-after animals visitors to African national parks would like to see and photograph. The super seven are made up of the Big Five plus Cheetah and Wild Dogs.

These animals can be dangerous but if you respect them they will leave you alone.

Cheetahs are the fastest land animals, reaching top speeds of over 100 kilometers per hour, which they can maintain for only short bursts.

Cheetahs have slender bodies, small heads, and long legs with a long tail, all combining to ensure the cheetah can run fast and turn very quickly. 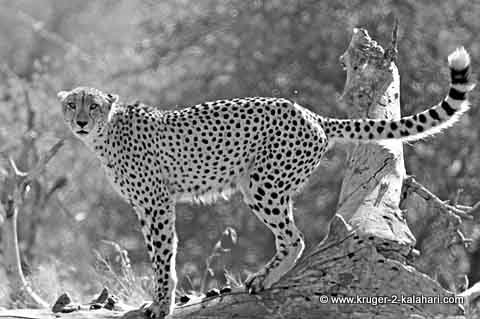 The cheetah often gets confused with the leopard by visitors yet the two animals are very different. It is easy to correctly identify either animal when you know what to look out for.

Cheetahs do not roar like lions or 'cough' like leopards, instead they make bird-like 'chirping' and snake-like hissing sounds! They are also known to purr when content and growl when alarmed.

All of our cheetah sightings have been of lone animals, groups of male brothers or mothers with their cubs... 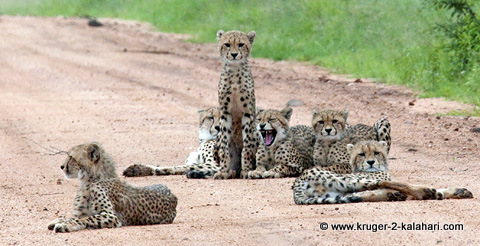 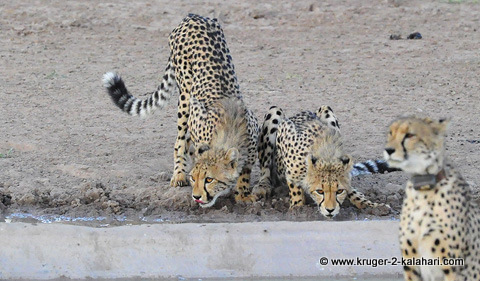 Cheetahs are found throughout the Kruger Park but are more common in the south. They are also found in the Pilanesberg, Kgalagadi, Etosha, Botswana and East Africa. They are easiest to see in the Kgalagadi and East African Parks such as the Serengeti and Masai Mara.

Download our Cheetah Kill story where we discuss this once-in-a-lifetime experience that we had in the Kgalagadi Transfrontier Park.

The African Wild Dog, or 'painted wolf' as it is also known, is one of the most successful predators in Africa. 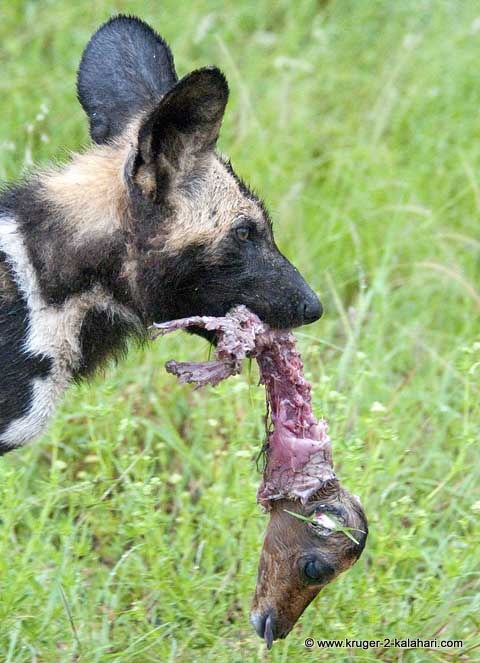 Unlike the cheeah, wild dogs have stamina and can run for long periods of time. They also hunt in packs so chase prey in relays ensuring that they do not get tired. 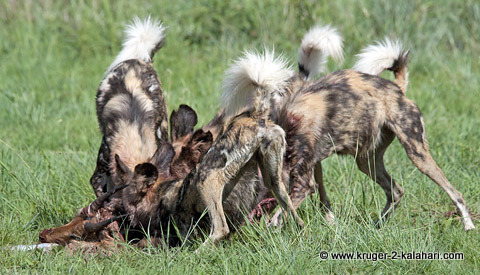 Most of our wild dog sightings have been of them either resting... 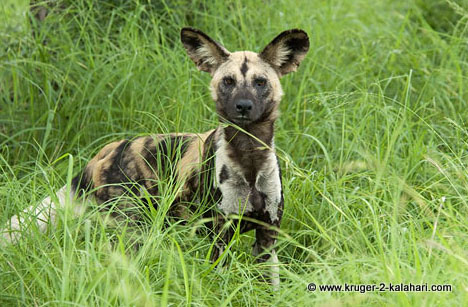 or chasing and killing prey such as waterbuck, zebras and impala... 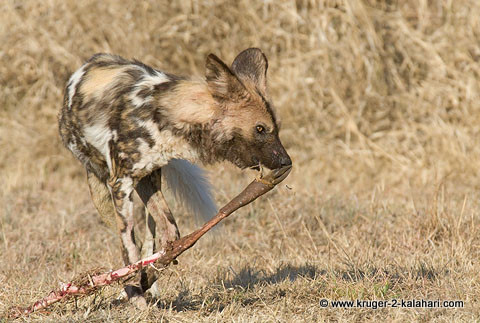 Wild dogs are found in the Kruger Park, Pilanesberg, Botswana and East Africa. They are absent from Etosha and the Kgalagadi.

To download our article 'Photographing South Africas Super Seven on a Budget' that was featured in the 38th edition of the PhotographyBB Online Magazine, please click here


Return from Africas Super Seven to The Big-Five