Teleconverters, also sometimes referred as multipliers or tele-extenders, can provide much needed magnification, which is what nearly every photographer needs for wildlife photography or bird photography.

Basically a teleconverter is a magnifying lens placed between the camera body and the lens. The teleconverter increases the focal length of a lens but at the cost of overall sharpness and lens focus speed.

Our advice is to buy the same brand teleconvertor as your camera body and lens. We have tried Kenko and other makes with our Nikon equipment but they leave much to be desired in terms of quality.

If you are entering your photographs into competitions, want to publish them or print them out at A3 and bigger you need the best quality you can get. If, however, you shoot small file sizes and will print out post-card size or just view the photographs on your computer then a cheaper convertor should be fine.

The 1.4X and 1.7X teleconvertors are our favorites. The 2X seems to work well only on the 300mm f2.8 and 400mm f2.8 top-of-the-range lenses, and the 3X teleconverter shouldn’t even be considered if you are serious about taking quality pictures.

The 1.4X teleconverter increases magnification by 40% and it is a killer combination on the AFS 200-400 f4 zoom lens. The lens aperture is reduced by 1-stop so the f4 lens becomes a f5.6. Zoom lenses and teleconverters are generally not great combinations but in this case it works fine. This converter can obviously also be use on other telephoto lenses with apertures of f2.8 or f4 and in some cases even f5.6.

The 1.7X teleconverter increases magnification by 70% and the lens aperture is reduced by 1.5-stops so the f4 lens becomes a f6.3. We have used it on the 200-400mm f4 but the sharpness was not good. It is best suited on prime lenses such as the 600mm f4 and any other prime telephoto lens that has an aperture of f2.8 or f4.

The 2X teleconverter increases magnification by 100% and the lens aperture is reduced by 2-stops so the f4 lens becomes a f8. We have used this item on many lenses and we recommend it with the 300mm f2.8 and 400mm f2.8 only. If it is used on zoom lenses (we used it on the 80 – 200 f2.8 AFS) the quality is not good. If you must use it, try to stick to prime lenses and not zoom lenses.

Nikon have, however, launched a new AF-S TC20E III teleconverter that is the world’s first teleconverter with an aspherical lens element. We found it to be sharper than the old version but it still works best on the Nikon Pro lenses with minimum apertures of f2.8. It works on the 200-400mm f4 and the 600mm f4 lenses but it takes a bit longer to find focus.

We would suggest that you stop down about 1-stop when using these TCs - if I use the 1.7X TC on my 600mm f4 lens the aperture automatically goes from f4 to f6.7 - which is still wide open - so I close it down to f8 or f9.5, which results in a sharper image corner to corner.

We do not recommend using teleconverters, especially the 2X, on zoom lenses no matter how expensive the lenses or teleconverters are.

We took the photographs below from a hide in the Kruger Park and have not sharpened either photo. We took the first photograph using the 70-200 f2.8 VR with a Nikon 2X teleconverter @ 400mm... 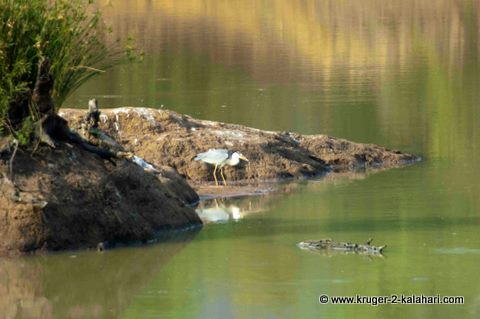 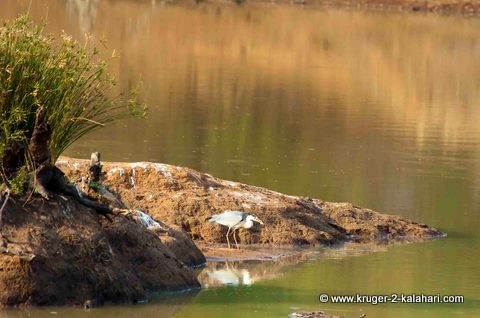 At first glance most people will say that both pictures look fine but let’s blow them up: 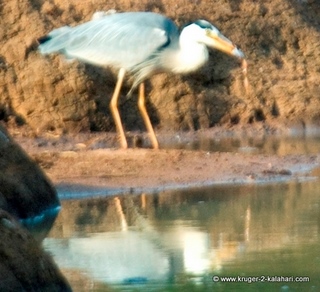 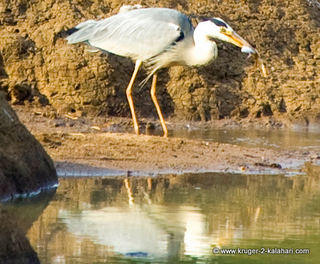 ...much sharper then the previous photograph!

Here are some comparison pictures - the first taken with just a 600mm f4 lens... 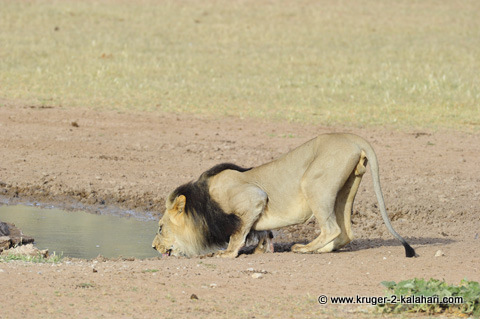 and the second with the 2X TC added to provide a 1200mm magnification... 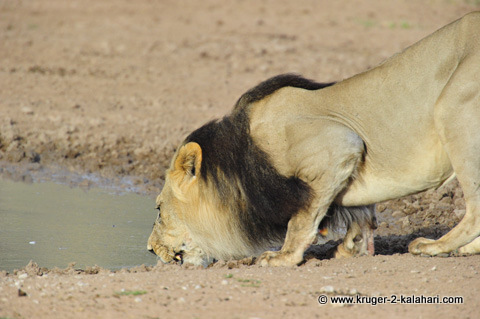 Without cropping these two photographs they both look equally sharp.

When cropped, however, the one is sharper than the other... 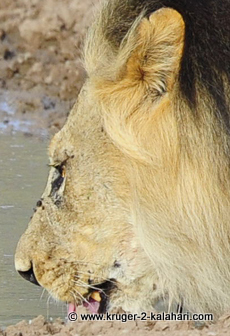 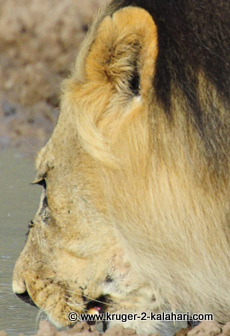 The first photo is a crop of the lion shot with just the 600mm lens while the second crop is taken with the 2X TC giving 1200mm. The first is sharper than the second when cropped - if you are not cropping and don't mind the slower autofocus then the 2X TC will work on prime lenses of f4. Please note that some lenses are designed to work with teleconverters and others are not. The old Nikon 80-400 VR lens is NOT designed to work with teleconverters and the Nikon teleconverters won't even fit on the lens but the Kenko make will - the resulting photographs, however, will not be good and you will also have erratic autofocus!

The new Nikon 80-400mm lens now has a motor and it can take teleconverters! We still suggest using only the 1.4x TC in order to retain fast autofocus and for maximum sharpness. The 1.4x TC will result in a 112 - 560mm f8 lens on an FX body.

So either of the above two lenses would be ideal combinations on photo safaris for those of you who cannot afford the big expensive f2.8 lenses yet need more reach.

Just how much Sharpness is Lost?

There has been a lot of talk on this page about sharpness as that is one of a photographer's main criteria when shooting - we desire sharp images.

The use of TCs will degrade our images but by how much?

Well, Nasim Mansurov at PhotographyLife.com did some research and came up with these figures:

And the above test results are based on ideal circumstances - aperture stopped down to f8 and ISO 100, both of which you and I may not be able to do in the field under different lighting and subject conditions.

A 5% sharpness loss is minimal but when we start looking at 17% and 26% that can become unacceptable in an image.

If you are using a Nikon D800 camera body with its large number of pixels, then you can crop the final image by 50% and still get a sharp image with high resolution.

So for ultimate sharpness, try and stick with the 1.4 TC and crop the image if you need more magnification instead of using the bigger TCs with their resulting loss of sharpness.


Return from Teleconverters to the Nature Photo Gear page