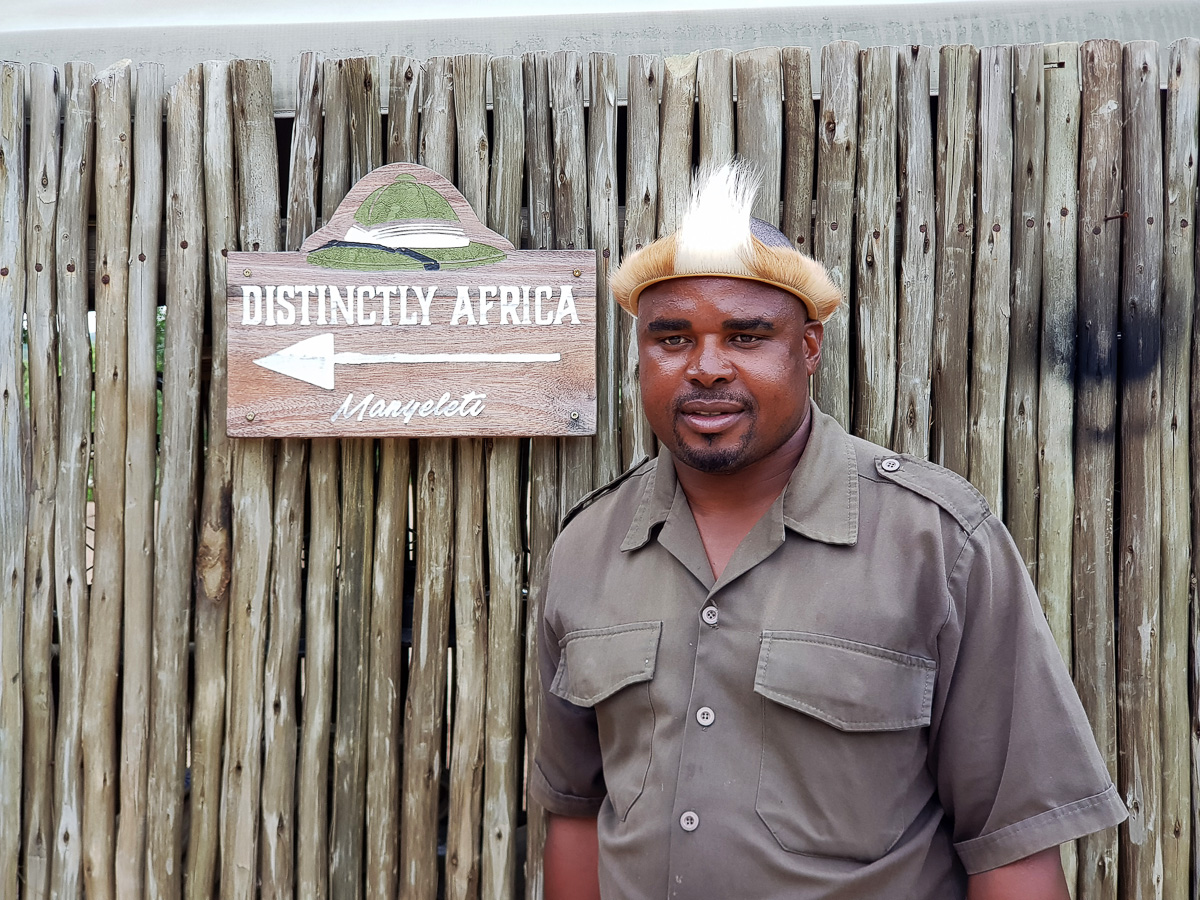 We arrived at Distinctly Africa Manyeleti with great trepidation. This was due to our previous experiences with field guides in the Kruger Park, Madikwe, Etosha, Kgalagadi and Pilanesberg.

After going on more than 150 guided game drives (at some of the most prestigious lodges in top game reserves like Sabi Sands, Timbavati, Madikwe, etc.) we've found that there are just a handful of good field guides.

The majority of field guides are either incompetent, lack people skills or simply care more about themselves than their guests. The end result is that we end up falling asleep on the game drives as we are bored stiff!!

Back to Mpho Malapane! We usually have a chat with the field guides before the drive to let them know that we are wildlife photographers and what we are looking at seeing on the drives.

They usually respond with "what are you wanting to see?" and we invariably say "leopards" and their answer is usually "we don't find leopards, they find us!"

With Mpho we asked "what are you going to show us?" He replied, "the bush is always full of surprises, but let me know what you're looking for and we'll try and find the animals".

What a refreshing response - no ducking responsibility (the guide's job is to find subjects) but telling it like it is - you may get to see what you want but there will also be surprises!

Here are the highlights of our six game drives (and I didn't fall asleep once!)...

On our previous trip to Manyeleti, in June 2019, we had spent four days with Zondindi - this is the female leopard that can be seen on the Orpen access road and in Timbavati and Manyeleti. This is also the leopard that is featured on the cover of our book The Photographer's Guide to the Greater Kruger National Park.

Zondindi had a tiny cub so she would feed on the impala carcasses and then go and feed the cub at night, so we never got to see her cub.

We asked Mpho about the cub and he said that it was now 7 months old but was difficult to find. Five vehicles from other lodges called in to say that they have given up on searching for her cub but Mpho saw this as a challenge! The cub was last seen in very dense bush - here's the video...

Mpho and Reply, our tracker, found the cub within a few minutes. (Many of the other field guides rely 100% on their radios and cannot locate difficult subjects by themselves).

We captured a few images of the cub in the dense bush but then she got up and disappeared! 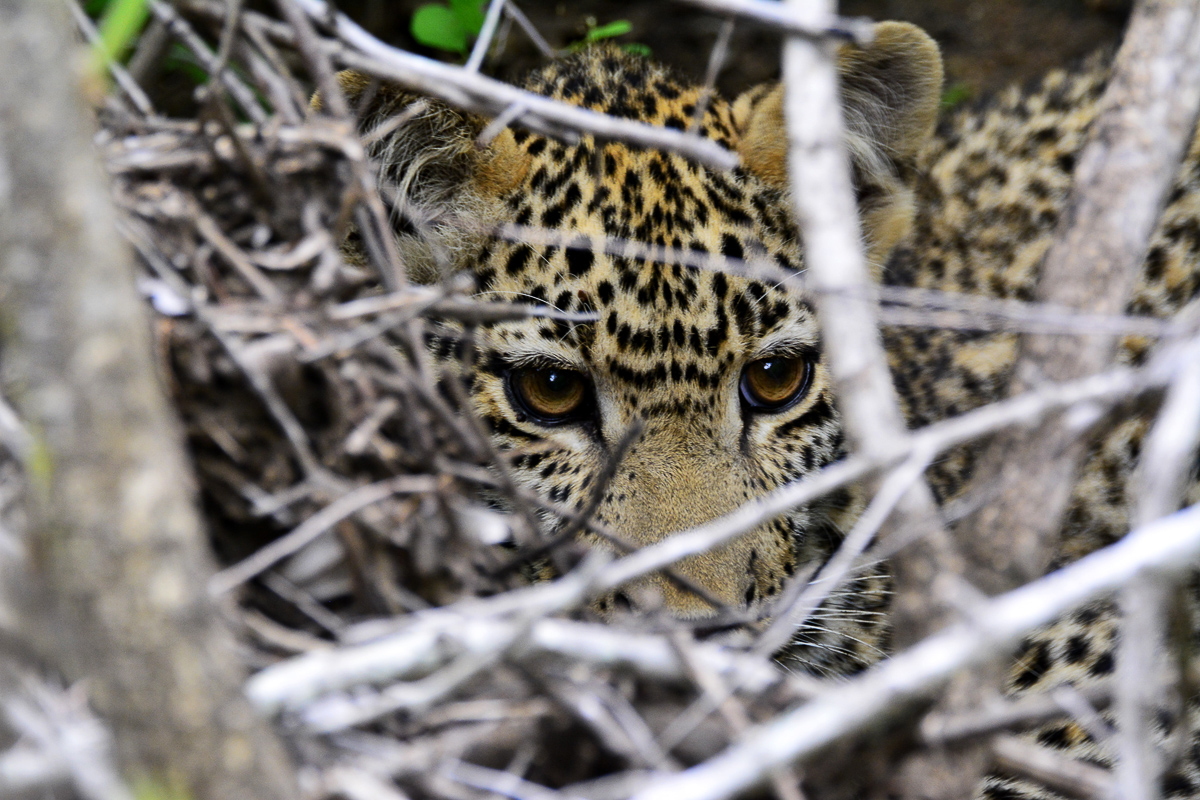 - we were anticipating the cub drinking - and there it was...! 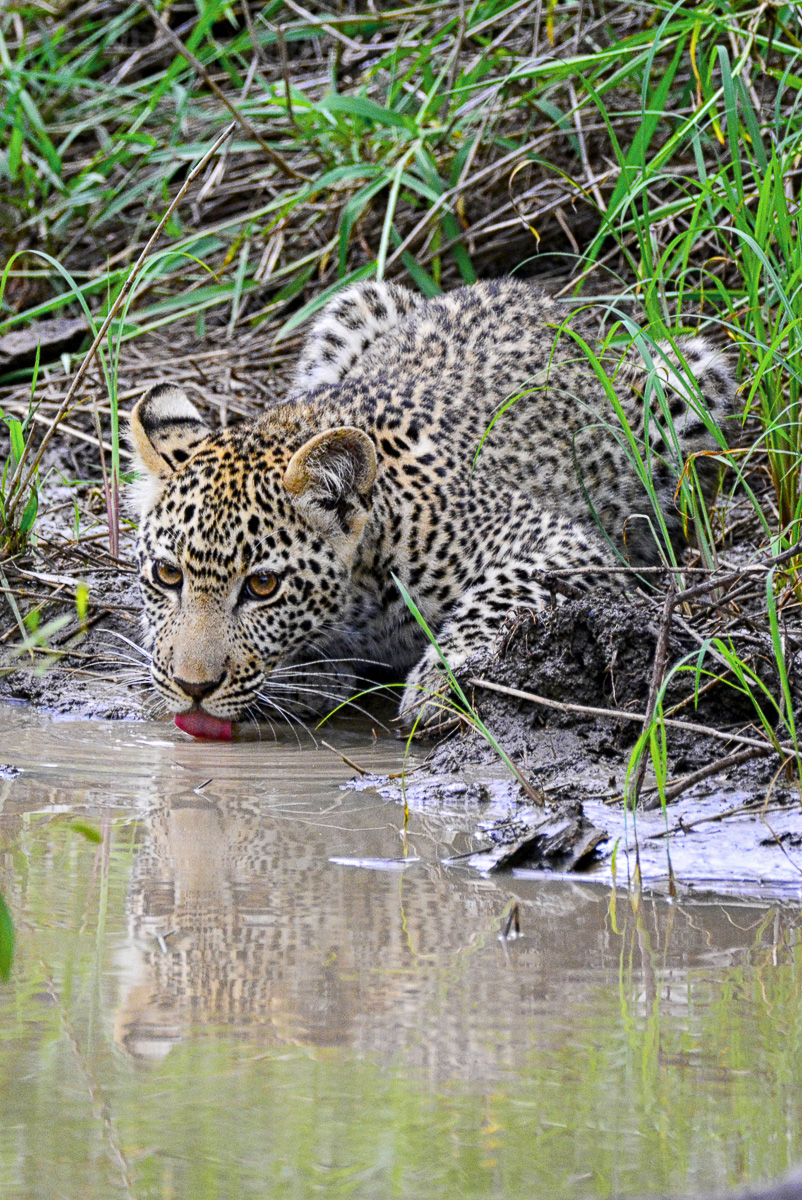 Mpho then took us off to a great drink stop at the dam for our sunset drinks. Many other guides stop under telephone poles, against fences or in thick bush but Mpho knows that guests want to have sun-downers at scenic spots. 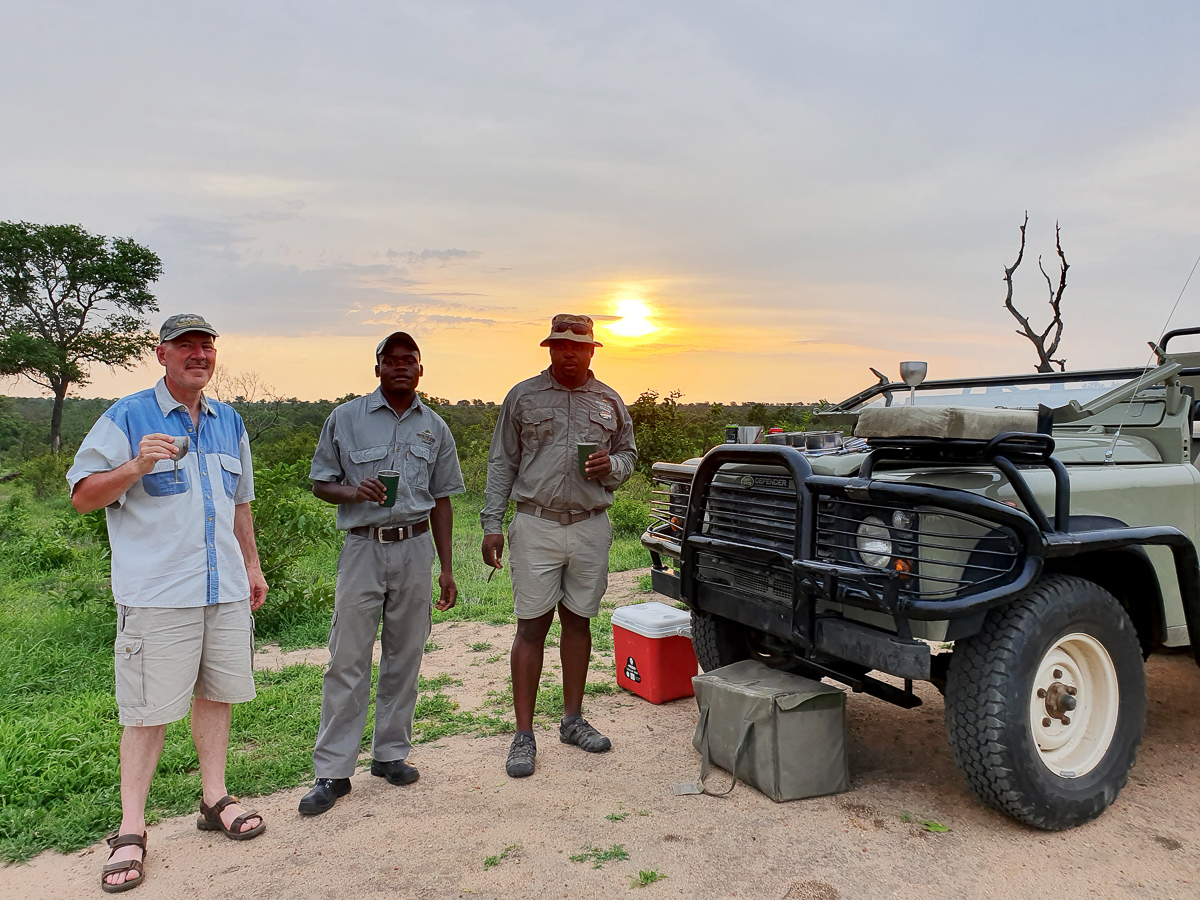 Our game drive started with a bang - we had just left the main gate when we saw a male lion... 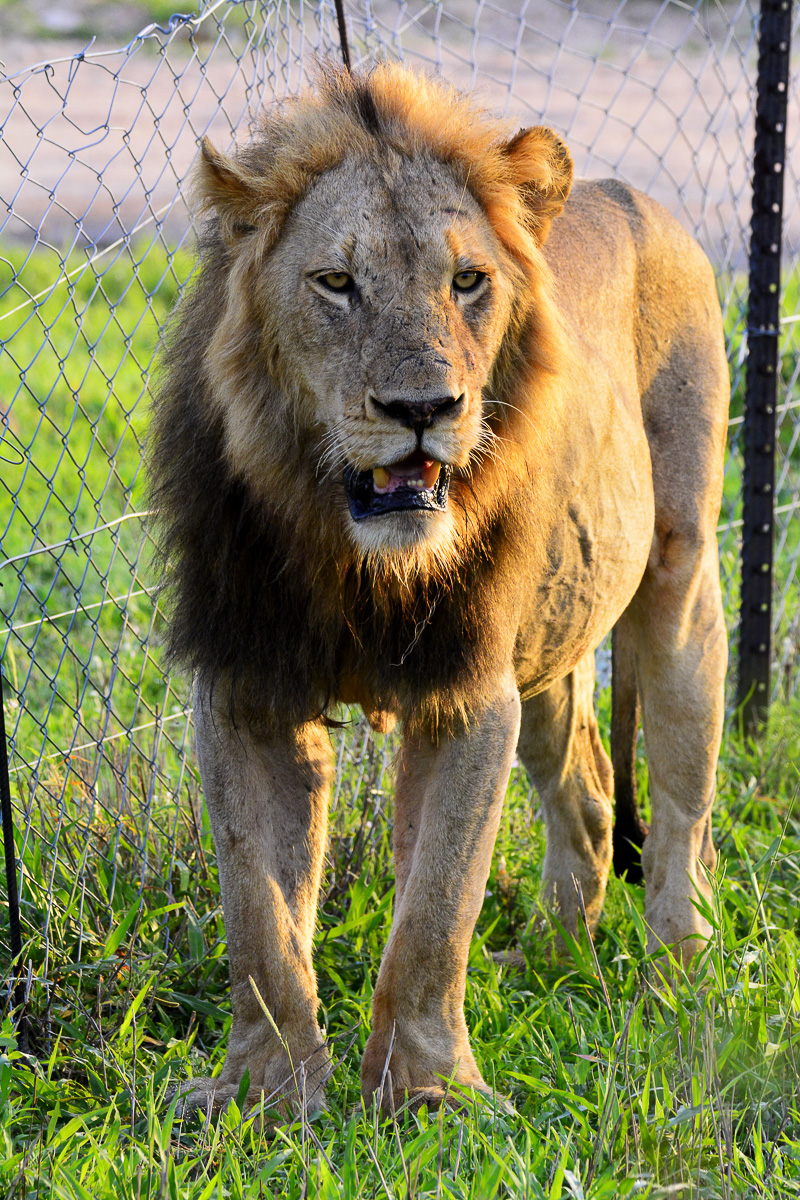 The race was on to try and get him out before there was an incident but he was having none of it!

We stayed with the lion for about an hour and eventually left the scene to continue with our game drive.

We found another male lion with a Kudu kill, a large group of vultures on a termite mound feeding on the termites, a Reed buck and a Giant Eagle Owl at the bridge.

We then stopped for Amarula coffees before heading back to camp...! 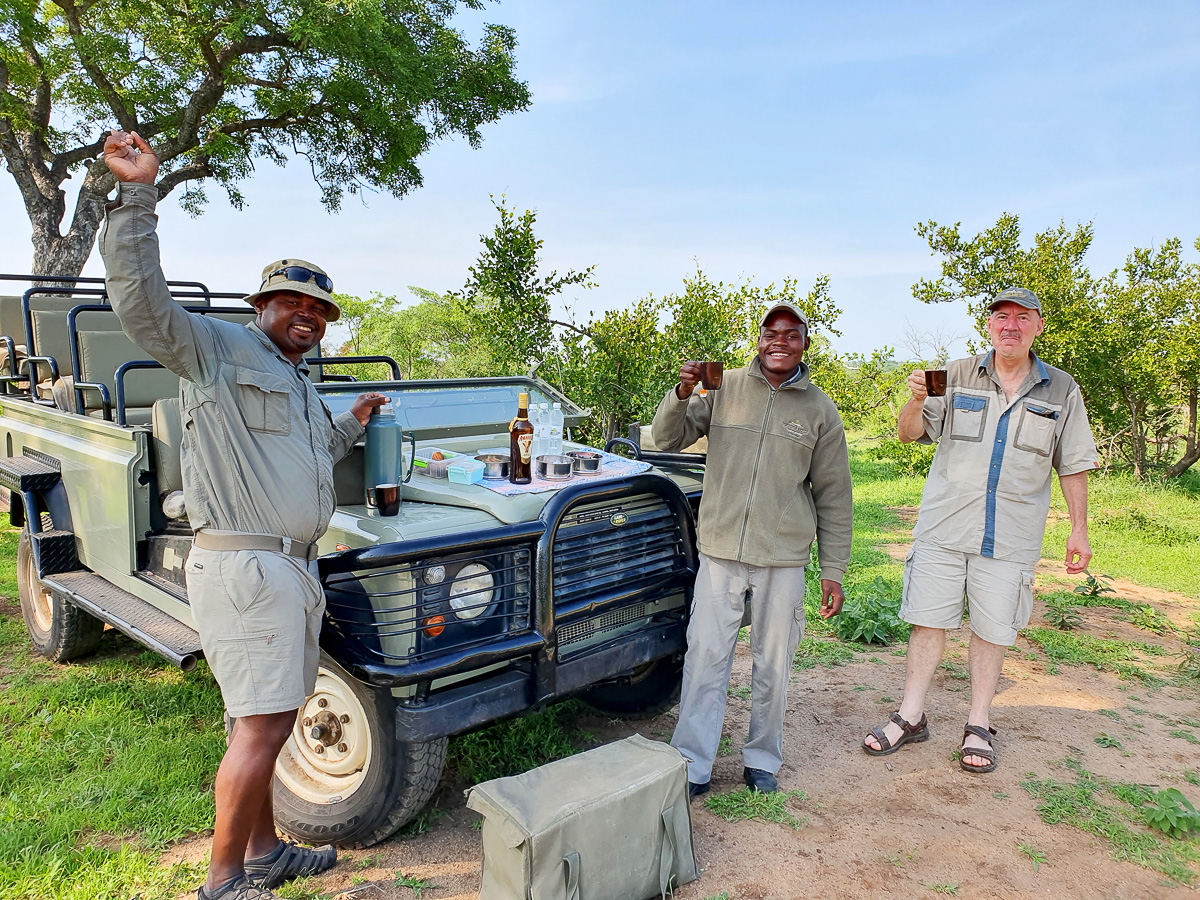 The afternoon was quiet so Mpho decided to show us his talent of being an 'elephant whisperer'... 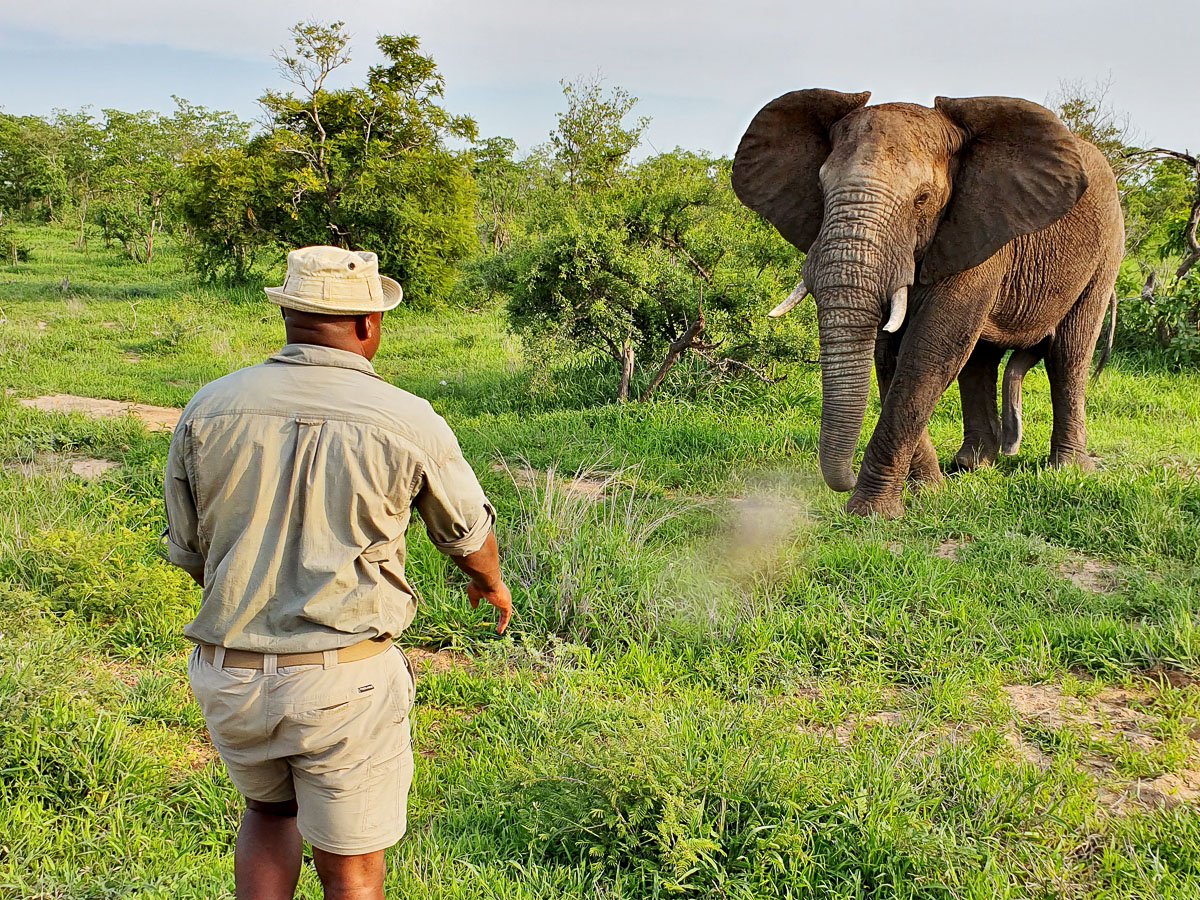 The elephant was standing a few meters from the vehicle and Mpho spoke to him and he came very close to us giving us a lovely view of him. He really was a gentle giant...!

A group of American tourists arrived and they requested Mpho (his reputation precedes him!) so we spent the next 3 game drives with Leon, the camp manager. He also showed some great sightings of all the big cats, which you can read in our Distinctly Africa Manyeleti trip report.

For more information or to book your stay @Distinctly Africa Manyeleti, please contact us as follows:

Mpho has a simple mobile phone camera that he uses but look at the great sightings he has with some of the photos he captures.

Mpho finds a lion in a tree and the lion wants to get down so starts the decent only to realize this may not end well, so he does an about-turn while hanging on the trunk and climbs down backwards...! 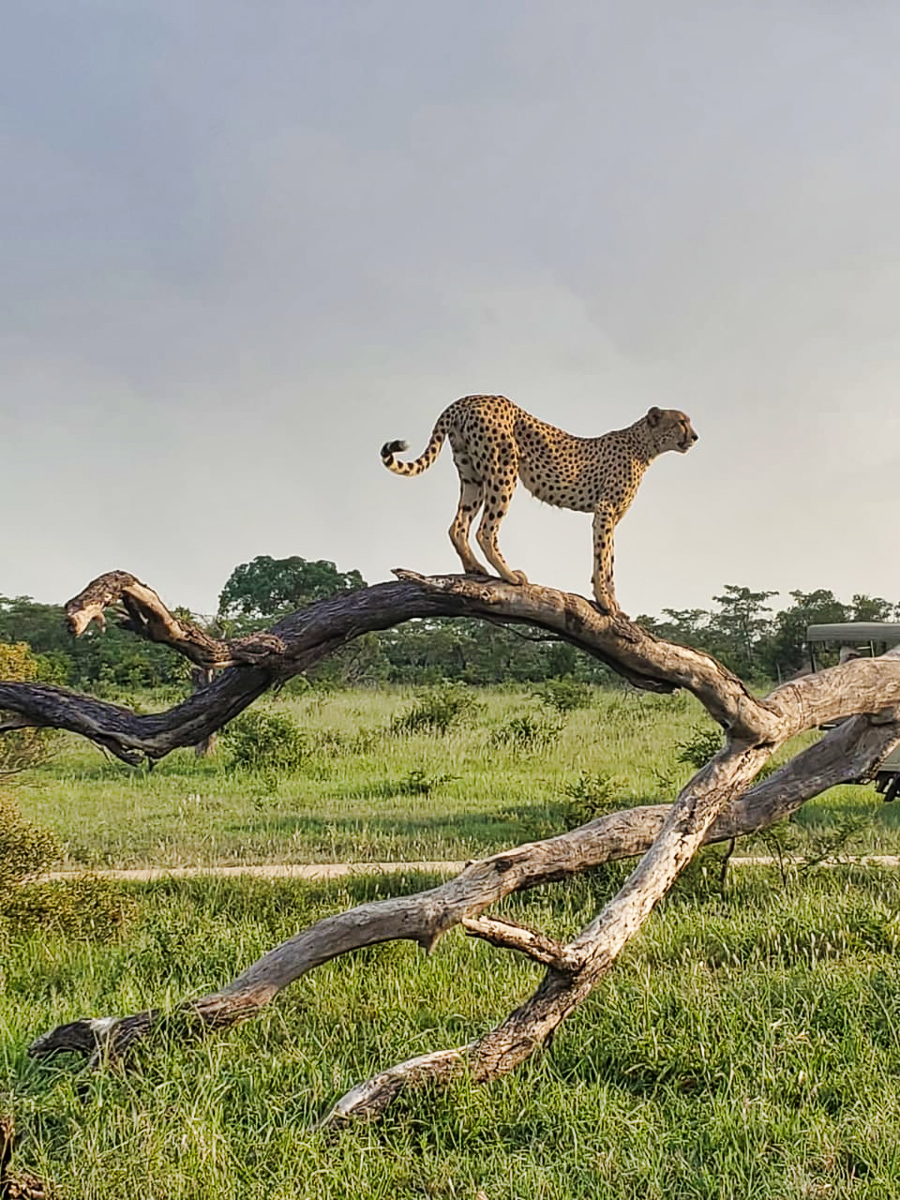 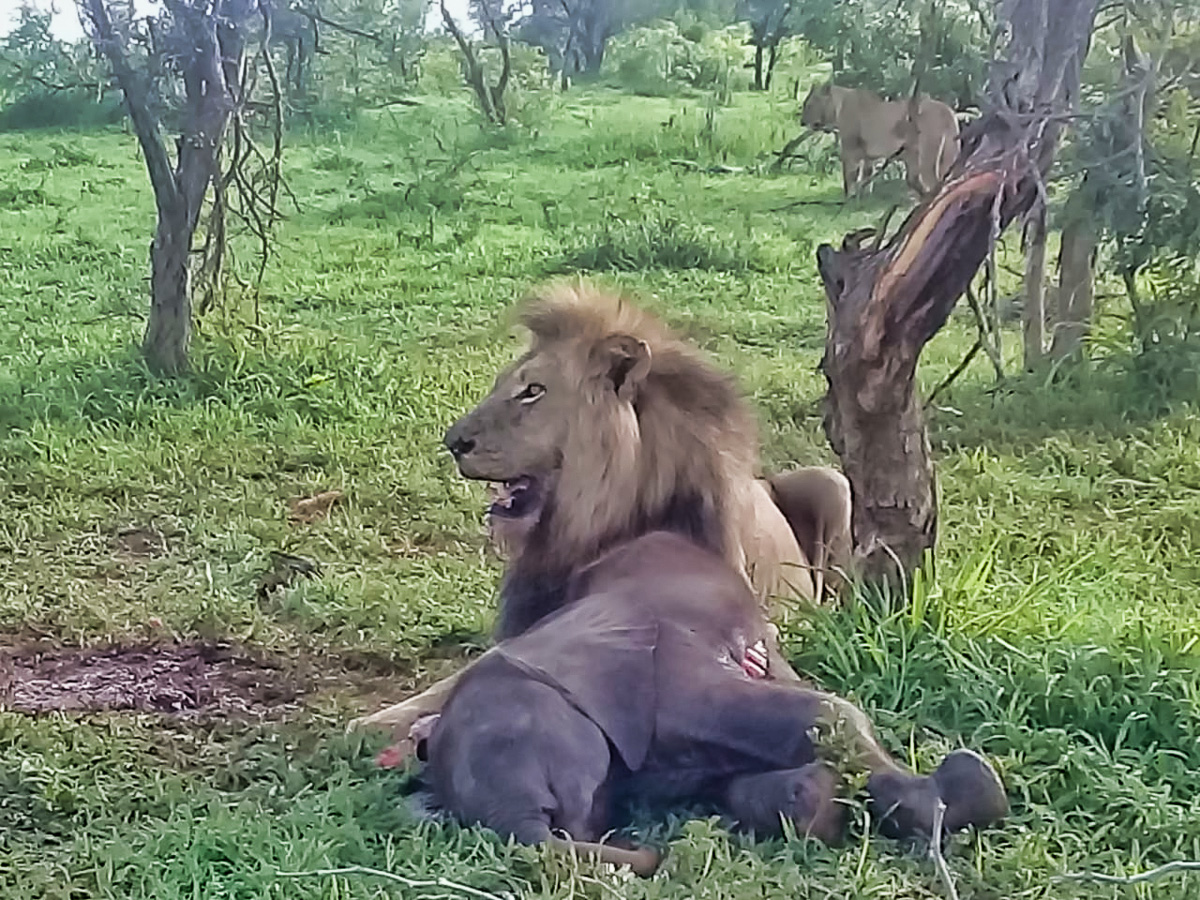 Mpho can be contacted on mpho.malapane83@gmail.com.