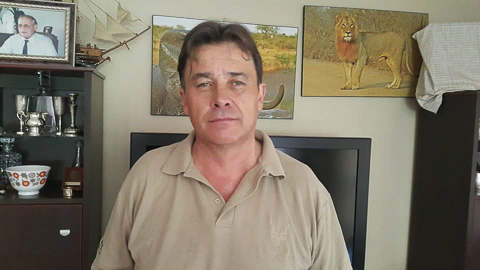 Trevor is the co-author of our fourth Photographer's Guide eBook. His Kruger photographs are unique as he has a knack of finding unusual sightings, and then capturing amazing images!

1. How did you get into photography Trevor?

Simply through having a passion for wildlife. 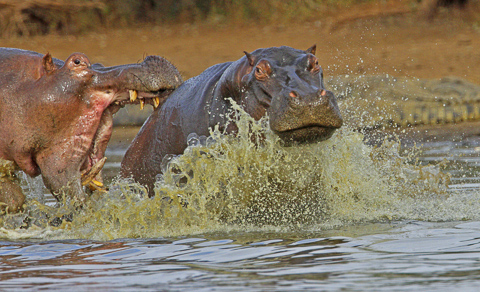 2.  What kind of photography are you most passionate about?

Nature and wildlife. I photograph anything and not just chase the big-five animals. 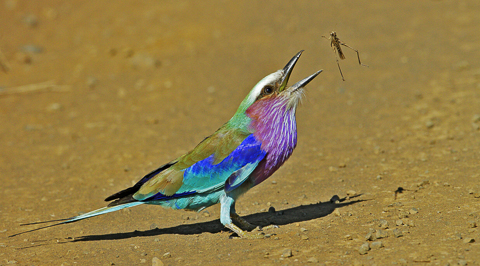 3.   Where do you draw your inspiration from?

Knowing that you can capture an image that you've never taken before because each day presents different opportunities. 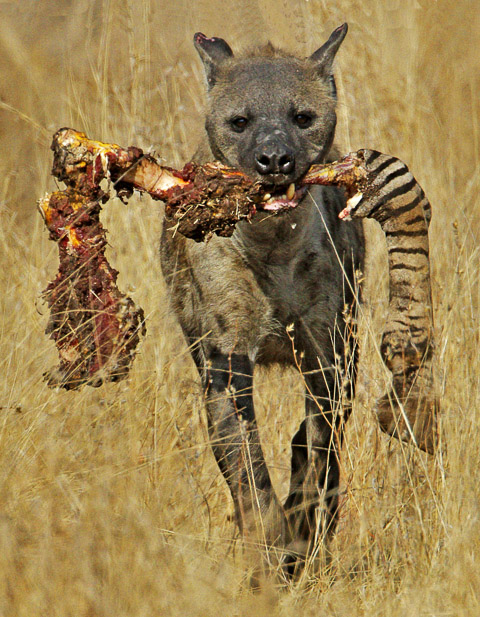 4. We know that cameras and lenses don’t make the photographer but for those people who are interested, what photo gear do you use? 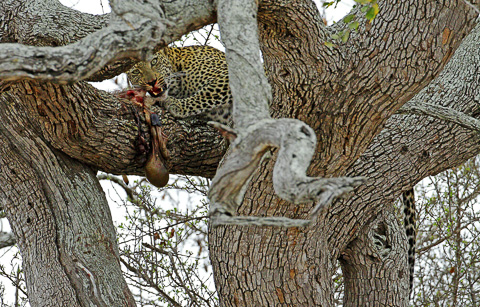 5. How long have you been photographing and visiting the world-famous Kruger National Park for?

About twenty five years but it's only in the last five years that I have taken wildlife photography seriously. 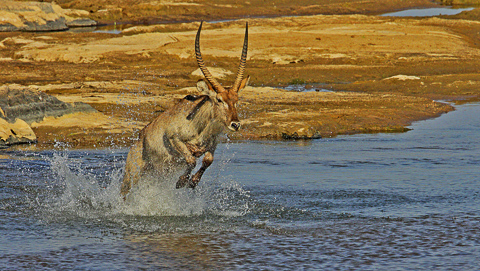 6. The Kruger Park is huge - do you have a favourite camp or area?

I prefer the central and northern parts - the south is just too busy! 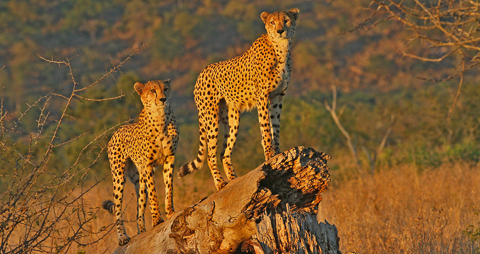 7. Does the Kruger provide any unique challenges for photographers?

The Kruger Park is not as open as some other national parks such as Etosha or Kgalagadi so it can be bushy and the challenge is to sometimes get creative while shooting through bushes and long grass! 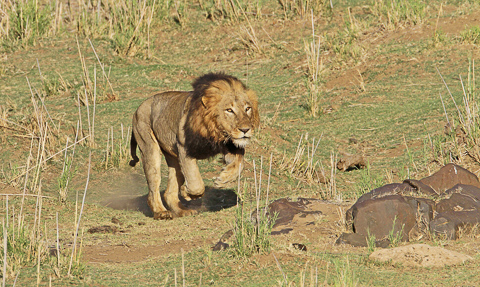 8. Do you have a strategy when going out on a self-drive photo safari?

It helps to look at the sighting boards in each camp but it's just as important to be out the camp gates early. I usually leave camp as the gates (at 04h30 in summer) and I spend a lot of time on the road so I make my own luck. Patience is also very important.

You don't get to see fighting cheetahs everyday so for the shot below I was out the gate at Lower Sabie at 04h30 and headed north. The drive was uneventful until just past Tshokwane when I saw a vehicle stopped up ahead. The driver said the cheetahs had been fighting but they were now just sitting. I decided to stick around, which was a good decision because 20 minutes later they were again fighting...! 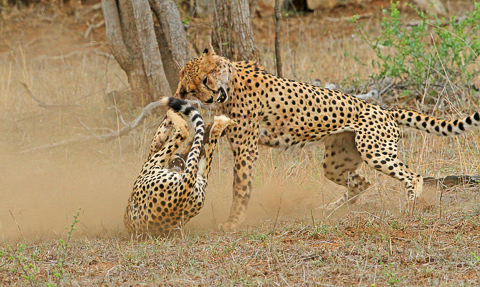 For the crocodile image below, I sat at Sweni hide for eight hours! I could see the potential and the animals kept coming to drink and I could see the crocs in the water but they didn't do anything but eight hours later all the action happened! 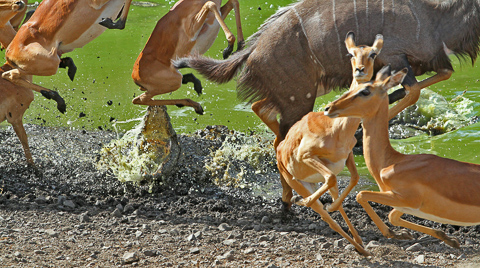 9. What advice do you have for a visitor in terms of finding and photographing animals - which waterholes are good to visit, how can visitors get the most out of their self-drive safari in the Kruger Park?

It depends on the season - if it's dry I would recommend waiting at waterholes for a lengthy period as nature has a habit of surprising you when you least expect it.

If it's wet then you will do a lot of driving. 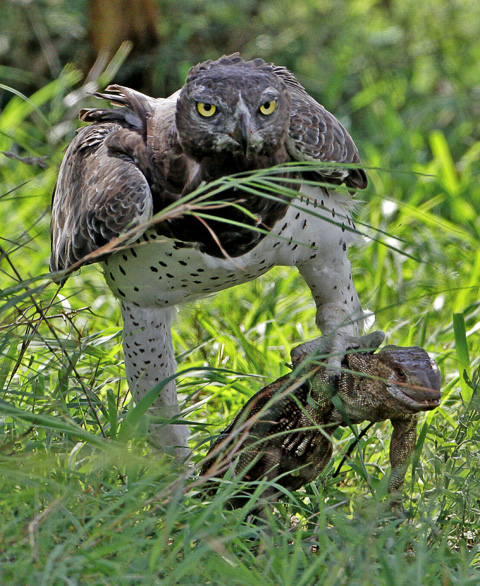 10. In addition to the waterholes are there any other good spots to photograph birds and animals in Kruger?

It depends on what you come across on the roads. For example, I was travelling down from Letaba Camp to Olifants and I was heading towards the low level bridge when I came across a pack of wild dogs. I sat with them for awhile and got the shot of the wild dog jumping. 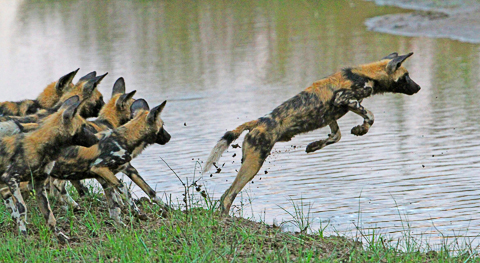 11. What has been your most enjoyable experience to-date in the Kruger Park?

There have been so many! I've seen about a dozen kills happen, which can be very hectic but also exciting.

For the leopard image below, I had been photographing the wild dogs south of Olifants Camp the day before and I went back the following day on the chance that they may still be in the same area. So the next day I was first out the gate from Letaba Camp and I headed back down to Olifants to see if I could see the dogs.

When I arrived I didn't see any dogs but instead saw a dead baby elephant lying on the side of the road! I was wondering what happened to it when I noticed a leopard lying under a bush near the elephant! It then came out and started feeding on the elephant. 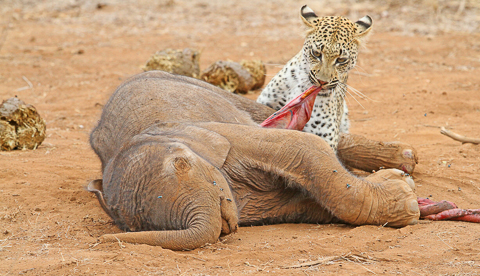 12. What is your greatest achievement as a nature photographer thus far?

My pics have been published in a few magazines and calendars and I have some of my images on display at the Royal Johannesburg Golf Club.

In 2017, Trevor captured this leopard image near Orpen camp of a hunting leopard. It's called 'Standing Ovation' and went viral... 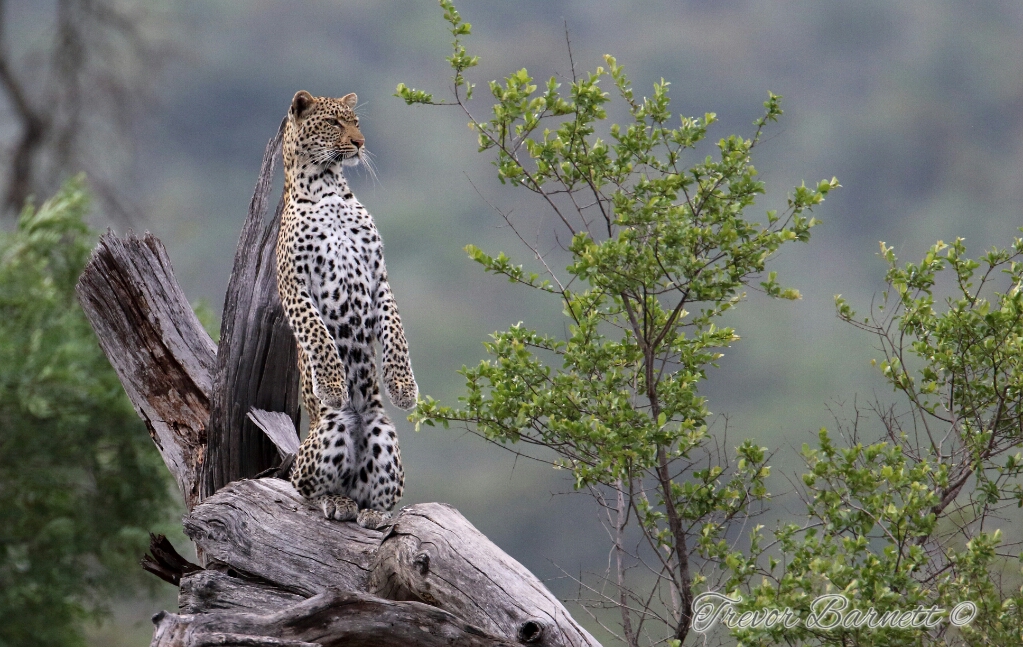 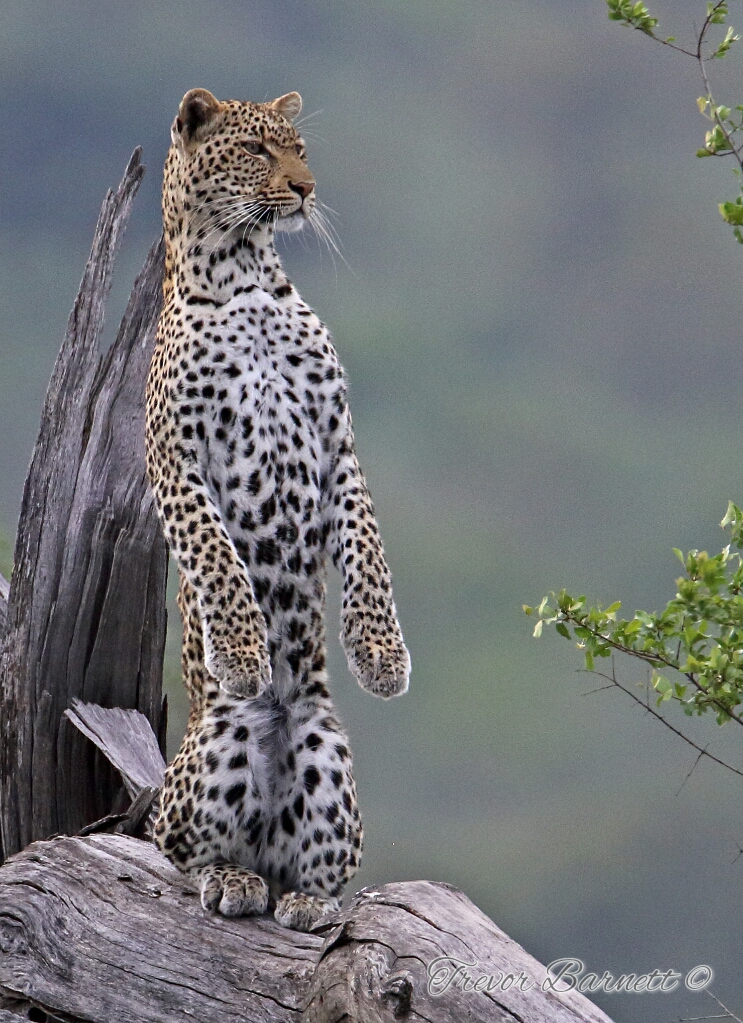 Trevor was interviewed by GS Features (Greatstock) in December 2019...

Thank you Trevor for sharing your amazing images with us as well as revealing some hints and tips that other Kruger Park visitors can implement when on their self-drive safaris!