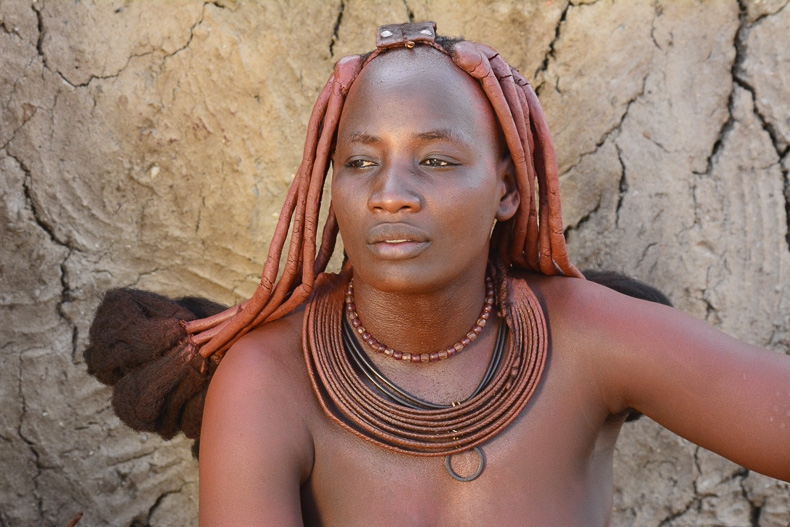 The Himba are actually descendants of a group of Herero herders who fled into the remote north-west of Namibia after being displaced by the Nama.

They are indigenous people with an estimate population of about 20 000 to 50 000 people living in northern Namibia in the Kunene region (formely Kaokoland) and on the other side of the Kunene River in Angola.

The Himba Village at Toko Lodge 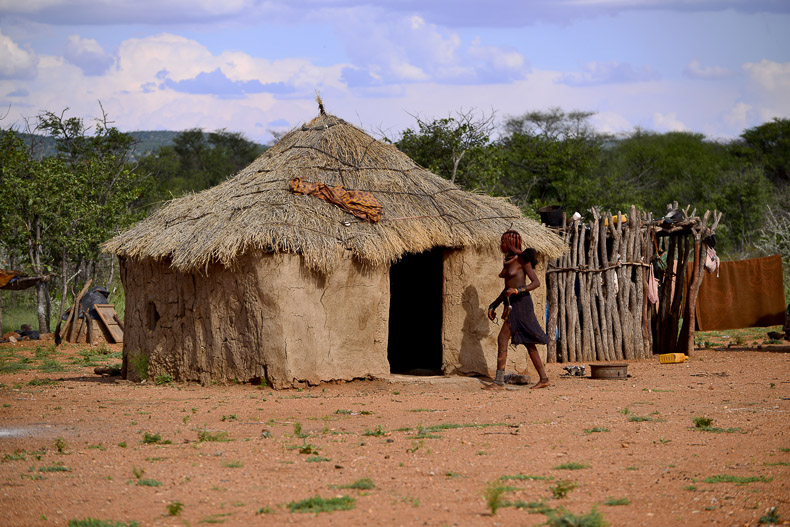 In the past, visitors to Namibia would have to travel to the far north of Namibia to see Himbas or visit an authentic village but Toko Lodge (situated between Kamanjab and Etosha’s Galton Gate) has now established the new Katenda Himba Village just a few hundred meters from the lodge.

The word Katenda means "Gold" in the native language and Jürgen Göthje, owner of Toko Lodge, was given the name Katenda by the tribe because of the piece of gold in his tooth.

During this village tour you'll meet the people in a very informal, easygoing way. The nomadic cattle herders, the Ovahimba people or 'Himbas', will show you around their village - a collection of huts made of branches, mud and cow dung. 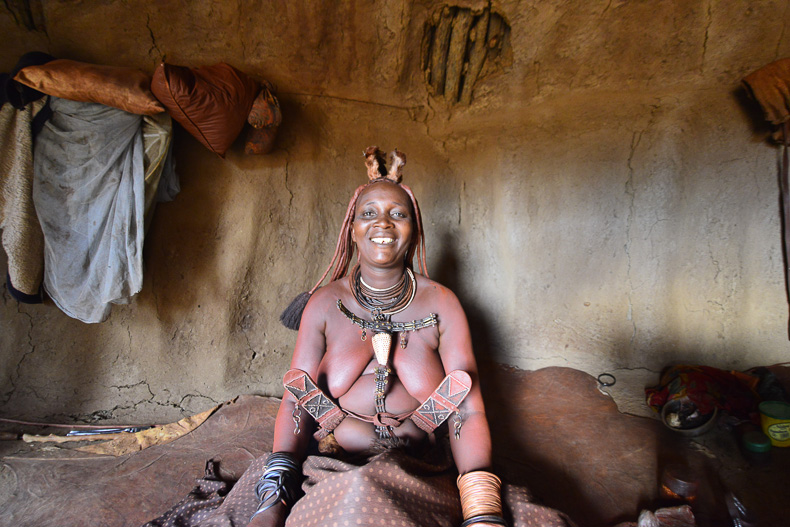 Himbas are a striking people to look at. The women are topless and wear mini-skirts made of goat skins adorned with shells and jewelry made of iron and copper.

The men wear goatskin loin cloths. Both men and women smear their skin with a mixture of rancid butter, ash and ochre to protect them from the harsh desert climate as do the children.

The paste (Otjize) is often mixed with the aromatic resin of the Omuzumba shrub – this can be likened to adding perfume to a suntan lotion! As well as protection from the sun, the deep red colour is a highly desirable look in their culture.

It is certainly eye-catching and very beautiful. Himba women use the same paste (Otjize) in their hair which is long and plaited into intricate designs.

The jewelry worn by Himba women is made of shells and metals and the women in particular, wear plenty of it. For the most part, the modern world hasn't yet intruded on their traditional way of life which is why (ironically) more and more tourists are keen to visit authentic Himba villages. 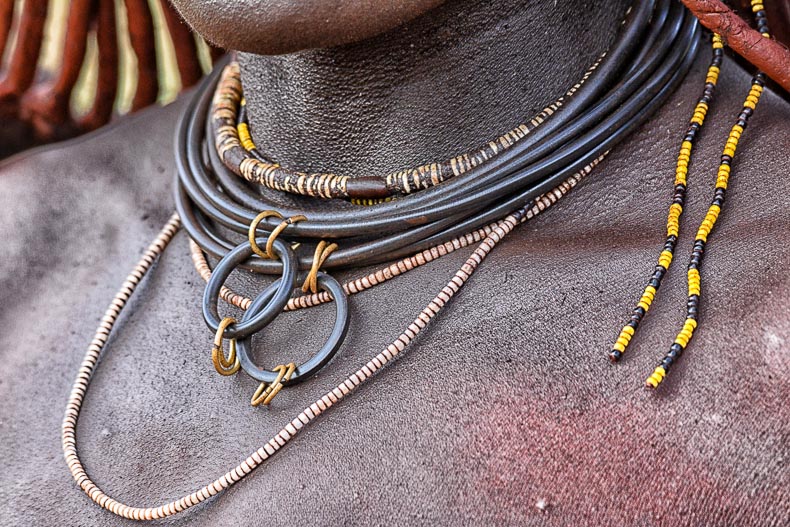 At the end of the tour all the ladies will display their trinkets for you to look at and buy. 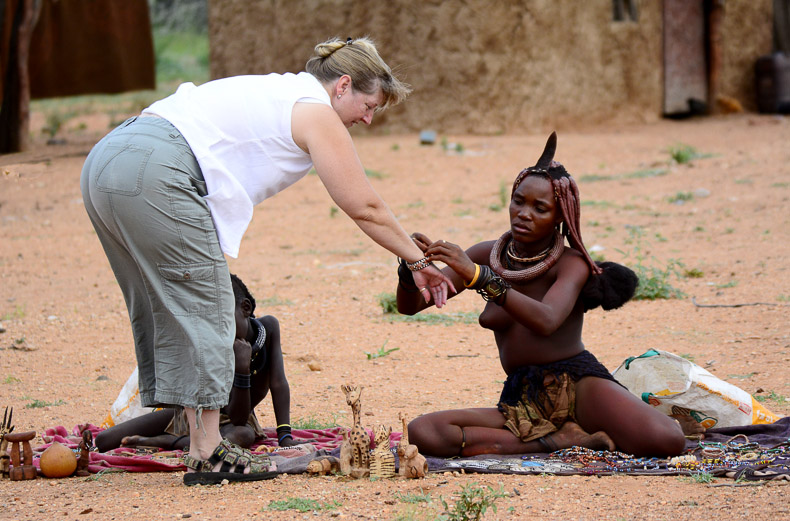 The Himbas have managed to hold onto their traditions but have also adapted to outside influences in their own way and Toko Lodge has simply created an opportunity to show and share this fascinating life with you.

Return from The Himba to Etosha page