Shutter speed forms one part of the exposure triangle and is the length of time that the shutter remains open for light to fall on the sensor so that the image can be recorded. 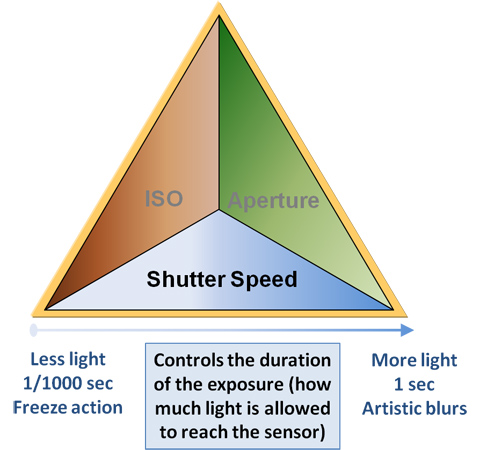 This ‘doubling’ is similar to the doubling of the aperture settings also double or halve as the amount of light that is let in increases or decreases.

One second is slow while 1/1000 is a fast shutter-speed. The faster the shutter speed the shorter the time the shutter stays open and less light gets in.

And just like with aperture, we can use our shutter speed creatively to get better pictures.

When shooting action, you want a fast shutter-speed to freeze the action: 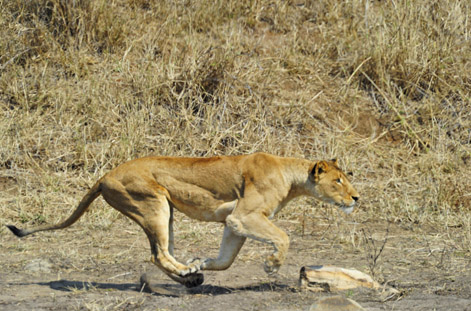 The ‘rule’ of thumb to use with your lens's focal length in order to avoid blurring your photo is to choose a speed that is about the same as the focal length of your lens.

For example if you have 50mm lens then 1/60th of a second is the minimum you should use and if you are shooting with a 200mm lens you will then want to shoot with a least 1/250 second.

If your lens has image stabilization or vibration reduction then the above rule doesn't apply as much because IS and VR permit the use of shutter-speeds 2–4 stops slower.

Please keep in mind that IS and VR do not prevent motion blur caused by the movement of the subject or by extreme movements of the camera. VR and IS are designed only to reduce blur that results from normal minor shaking of a lens due to hand-held shooting.

There will be times you do not want to freeze the action and you will purposely use very slow speeds to photograph star trails, to show that an animal is moving fast or to get the silky-smooth effect with moving water. 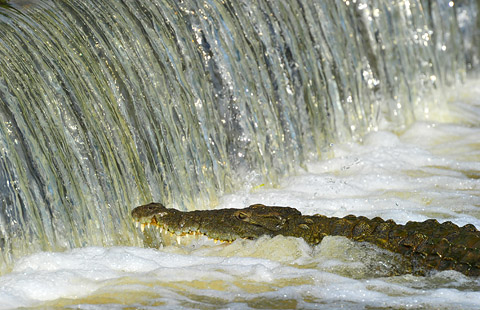 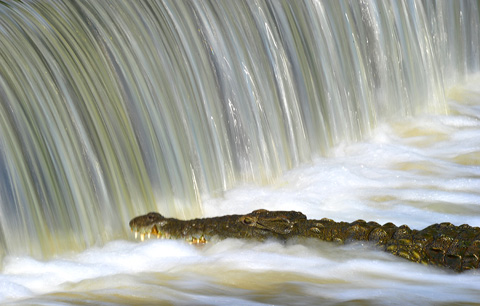 In these cases you will need to mount your camera on a tripod to get effective results. Many people may say 'even when panning with a moving animal'? Yes, because you want to blur horizontal movement but not vertical movement so it's crucial you use a tripod or bean bag to prevent the up and down motion blurring the whole photo.

In some cases you will be able to hand-hold the camera but just make sure you limit the up and down motion of your hands.

Blurring moving water could take anything from 1 to 5 seconds and star trails could be hours. Here a support is not-negotiable!

For star trails the camera would be set on 'bulb', which lets you keep the shutter open for as long as you lock the remote cable release down.

So when considering what speed to set your shutter on you should first ask yourself whether anything in your scene is moving and how you’d like to capture that movement - do you want to freeze the action or get artistic blurs.