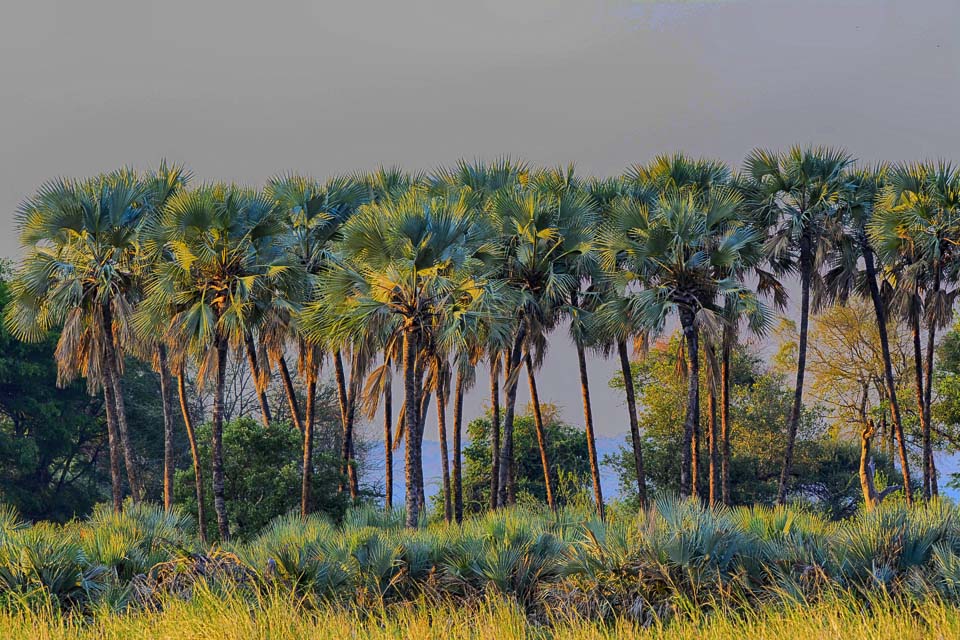 With the Kruger National Park being so vast it naturally has an amazing botanic diversity.

There are 336 tree species in the Kruger Park with the following trees being put into categories for easy identification...

These trees are ranked according to their being most common in the Kruger areas.

The book 'Sappi tree spotting - Lowveld', however, lists the following 3 categories of trees:

Wherever you are in the Kruger you should be able to see at least one of these trees if not more. They are the tallest or the most common trees in the park...

For example, north of the Olifants River you will see miles and miles of Mopani trees and shrubs - literally as far as the eye can see!

The Mopani trees are also found in Etosha especially around Halali camp. You will know them by their distinctive butterfly-shaped leaves... 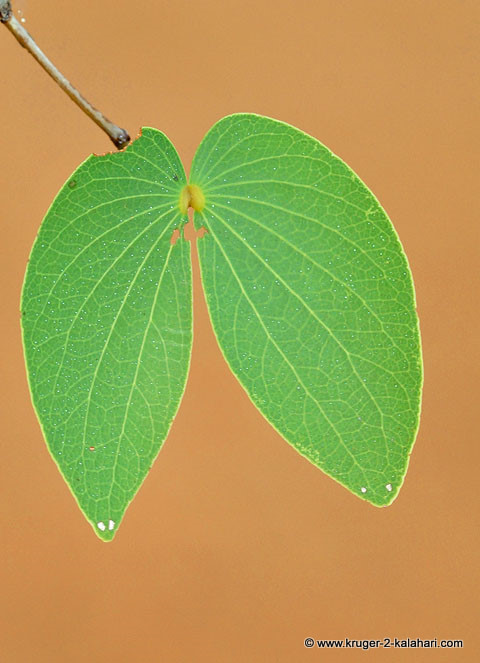 Trees that Greet You (due to their uniqueness)

These trees cannot be missed due to their distinctive shapes or color.

The lala palm is tall, is found mainly north of the Olifants and has hand-shaped leaves. There used to be many lala palms in the south Kruger around Orpen Dam but the last drought in the 1980s and fires destroyed them.

The wild date palm is different to the lala palm - is is short, it has fern-like leaves and is found only along rivers and in dry river beds, mainly south of the Olifants River. There are many wild date palms around Satara along the Sweni road.

Trees that Greet You (due to them being seasonally striking)

Al these tees have striking features but for just a few months each year, such as bright red flowers, long pods, purple pods and pungent white flowers that smell like dirty socks!

The above lists are nice to have but as photographers we want to find and photograph trees that make pleasing pictures, so Jenny and I have settled on the following five trees as our Photographic Big-Five Trees... 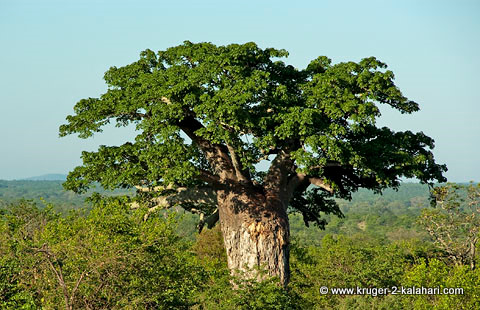 Baobabs are found mainly in the north of the Kruger around Punda Maria and Pafuri. The southern-most baobab is found between Tshokwane and Satara but there are very few in the south of the park. 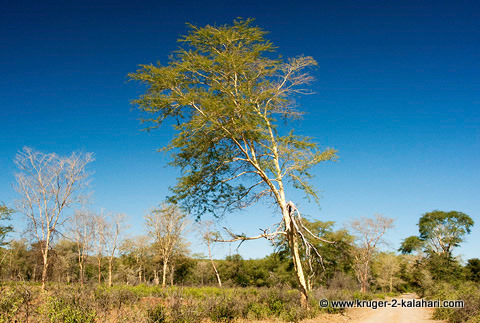 Fever trees are found throughout the Kruger Park but the best specimens tend to be around Lower Sabie camp, Olifants camp and at Pafuri. 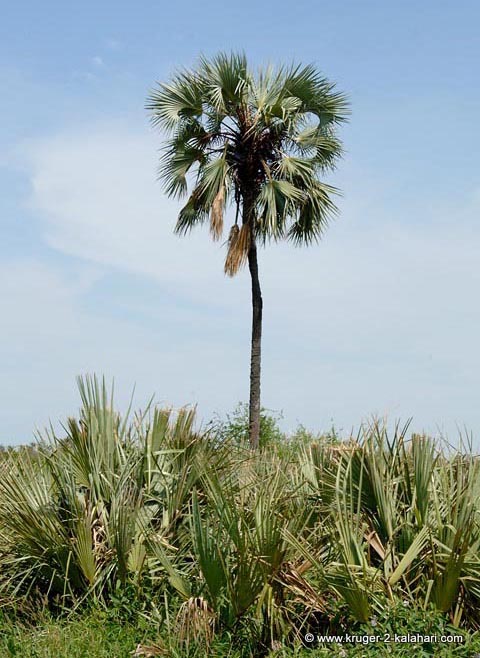 Lala palms are found mainly in the north at Pafuri. There were some good=looking specimens on the Northern-plains 4X4 trail but this trail has unfortunately been closed.

There are also many lala palms in Etosha around Namutoni camp. 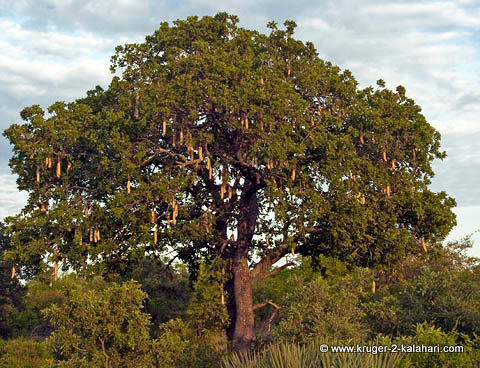 Sausage trees are found mainly along rivers in the Kruger Park.

There are some nice specimens in camps such as Letaba, Olifants and Skukuza. If you aprk your vehicle under these trees you may end up with a dent if the suasage fruit falls! 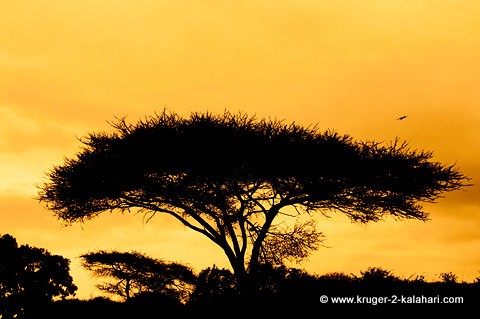 The umbrella thorn can be found throughout the Kruger Park but some of the best-looking specimens are found near Lower Sabie camp and near Roodewal camp along the S39 road.

These photographic big five trees are photogenic because they are so distinctive.

Return from Big Five Trees to The Big Five page